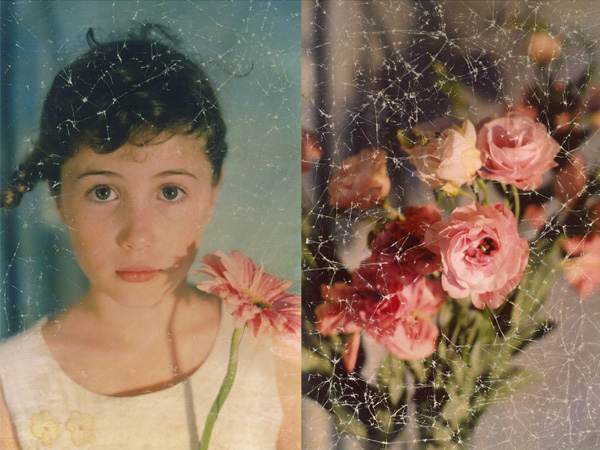 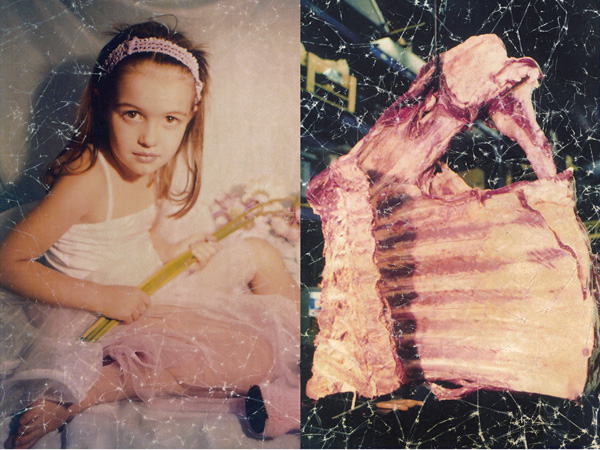 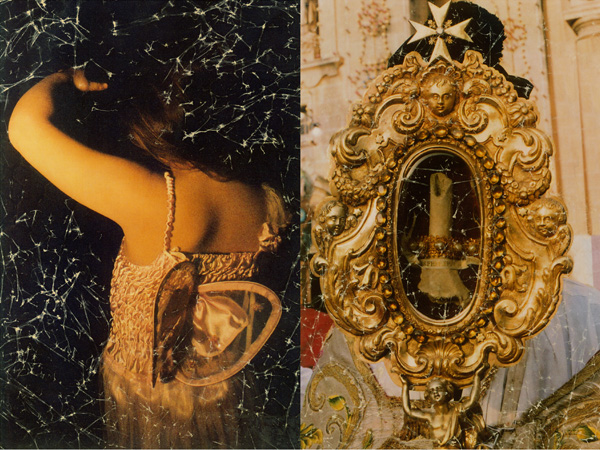 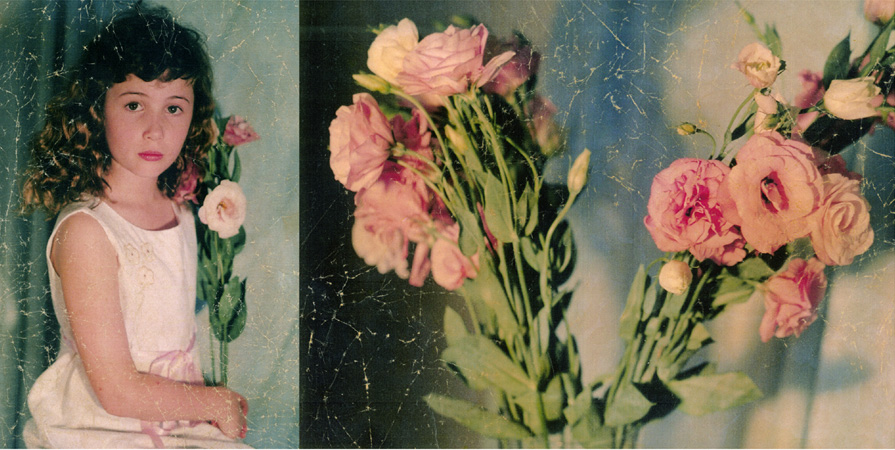 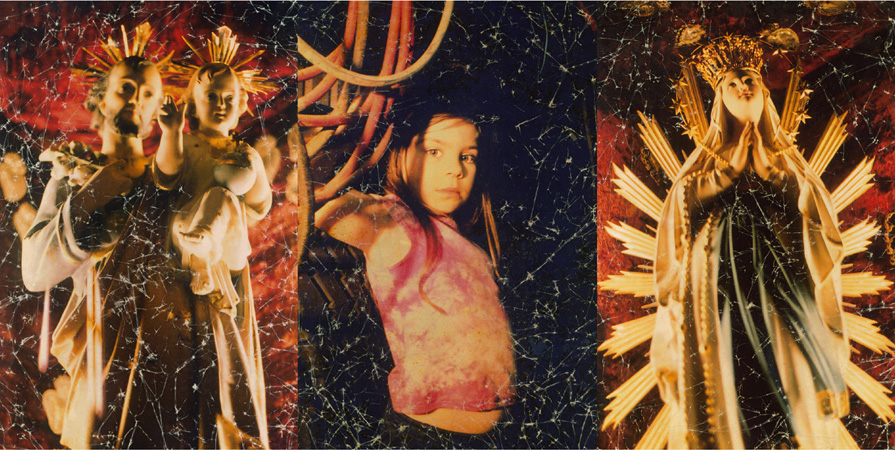 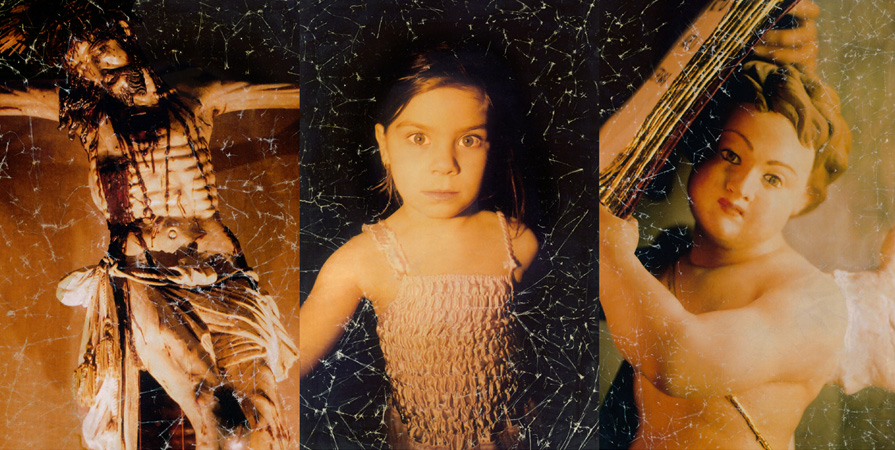 The neo-baroque shares a baroque delight in spectacle and sensory experiences (Angela Ndalianis 2004:5)

…the essence of Camp is its love of the unnatural: of artifice and exaggeration. And Camp is esoteric–something of a private code, a badge of identity even, among small urban cliques (Susan Sontag 1966: 275)

Chaos and Revelry presents the work of eight leading contemporary Australian artists who express a Neo-Baroque or Camp sensibility in their work: Maree Azzopardi, Kate Cotching, William Eicholtz, Felicity Rose Hardy, eX de Medici, Alex Martinis Roe, Deborah Paauwe and Darren Wardle. This small survey exhibition explores and revels in Neo-Baroque and Camp aesthetics, which operate under a logic of extravagance, spectacle, pleasure, excess, chaos and artifice. Visual and sensorial seductiveness are central to the Neo-Baroque and Camp and are manifested through the forms, surfaces, styles and themes of the work.

There are several hypothesise about the etymology of the word Baroque. One theory is that it came from the Italian word Barocco (or Baroco) that translates as bizarre or extravagant. Another theory is that it derives from the Spanish word Barueco, or Portuguese Barroco, which refers to an irregular or oddly shaped pearl. Whatever its origin, the Baroque implies lavishness, decadence, eccentricity, chaos and revelry. It is closely linked to the pleasures and sensations of the body.

Although the Baroque is often associated with a specific era, that of the seventeenth century, and sometimes a specific location (Italy during this period), Baroque style, form and concerns actually manifest themselves in art and other cultural media across time. As a style of art, the Baroque accumulated derogatory connotations during the eighteenth and nineteenth centuries, becoming known as an art of excess, disorder, irrationality and vulgarity. Art historian Erwin Panofsky (1995) claims that the Baroque, “came to signify everything wildly abstruse, obscure, fanciful, and useless” (19). In light of this, the historical Baroque was seen as being in opposition to the disciplines and philosophies of Neoclassicism and the Enlightenment.

This historical understanding of the Baroque has been challenged by Omar Calabrese (1992), who asserts that the Classical and the Baroque always co-exited, and continue to co-exist, even if one form dominates the other during a particular era. Calabrese argues that, “the baroque might be found in any epoch of our civilization” (1992:15). Rather than seeing the Baroque and Classical as historical art movements that are in opposition to one another, they may be seen as “categories of form (of expression or of content)” (Calabrese 1992:15-16).

Similarly, Camp operates as a form of expression and subject matter. Camp emerged as a postmodern, or late Modernist, aesthetic and cultural phenomenon. It shares affinities with the Neo-Baroque including a tendency towards artifice, instability, chaos, theatricality and excess. Broadly speaking, both the Neo-Baroque and Camp can be interpreted as a rebellion against the ideologies of rationalism and functionalism. These aesthetics had a significant impact on the art, architecture, cinema, and fashion styles of the nineteenth and twentieth centuries, and they continue to reveal themselves in contemporary artistic practice.

Neo-Baroque and Camp artworks often draw attention back to the body as the site of sensation through the materiality of the media and the content of the work. The highly ornamental sculptures of William Eicholtz embody a Neo-Baroque and Camp aesthetic through their excessive decoration and theatricality. Eicholtz draws upon the iconography and mythology of the Australian pastoral landscape and European aristocracy, translating symbols such as the shepherd and sheep into flamboyant, high camp figures. The materiality of these works is overtly seductive, tempting the viewer to touch and explore their surfaces and folds.

The focus on illusionism in contemporary art may be seen as another sign of the Neo-Baroque. Desire Overcoming Duality alludes to a key concern in eX de Medici’s work – issues of power and power relations between individuals. The fine detail of this work reveals the obsessive and labour intensive process involved in the making of the work and references the artist’s creative practice as a tattooist. The work includes several of de Medici’s recurring motifs, specifically skulls and jewels. Although these culturally loaded symbols are instantly recognisable, de Medici has created an illusory effect by re-presenting them as lavishly decorated, amorphic and botanical objects. The illusionism inherent in the work seems to articulate a longing for transformation while paradoxically implying an anxiety about change.

Deborah Paauwe’s large-scale photographs focus attention on the intimate interface between clothing and the body, and in turn the relationship between clothing and identity. The colour and embellishment of the pageant dresses worn by the girls in the Magic Window series and the carefully arranged chiffon and tulle in The Crying Room evoke romantic ideals of girlhood and womanhood. As appealing as these images seem, the fantasy is disrupted by the vulnerability of the figures and the goose-bumps, blemishes and scratches on the skin of the subjects. These physical imperfections reveal the corporeal reality of the body. An ambiguity exists in the way Paauwe’s photographs entice the viewer into looking at the female figures on display, while also highlighting their voyeuristic gaze.

Darren Wardle’s vividly coloured, abstract painting almost assaults the viewer with its intensity. The ironically titled Xanax, has a psychedelic and hallucinatory affect that evokes a flight from reality, rather than a return to tranquillity. This colour-saturated painting possesses a luminosity that lends it a fluid and screen-like quality, reflecting Wardle’s ongoing conce